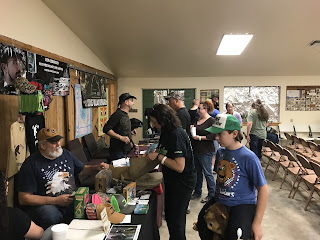 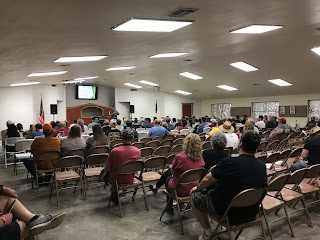 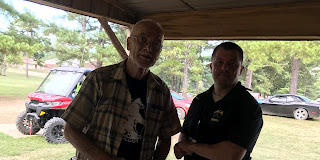 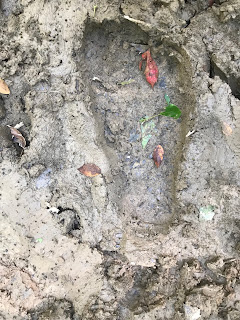 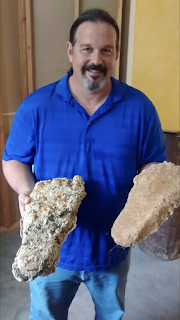 This is one of a kind theme park, offering entertainment for all ages. They have 200' free fall tower, miniature golf course, play zone for kids, arcade, and even their own Bigfoot Expedition Guided Tour. There is so much more,  we are surprised we are just finding out about this location so close to Oklahoma. Click on the link below for more information.

The Negative Aspect of Shooting at a Sasquatch

Attention: This article is not an official report of an incident. This is a Public Safety Announcement.

Just a few days ago the Native Oklahoma Bigfoot Organization of SE Oklahoma was contacted about a possible shooting that involved a landowner and a possible Sasquatch. (These details have not been investigated in person as of today's date}

A landowner within the eastern portions of Oklahoma lives in a very rural area with heavily wooded areas surrounding the home and few outside structures. During the evening hours the landowner heard what he believed to be an intruder in one of his outside structures and went outside to investigate. During some point the landowner stopped yards away from the structure and noticed a large man like figure between two structures (like a shed) and with limited illumination he believed this was an intruder committing an theft of his property. Another family member retrieved a firearm and the landowner fire one shot in the air to scare off this intruder. The landowner said at one point this intruder was observed with hair all over it's back and was extremely tall.  Further investigation is needed to determine distances, positions, and where all the evidence lays.

Not to long after this intruder retreated to the darkness of the woods, screams and hollers were observed by all family within the home. While the family was inside something came back and started growling and breaking windows on the home and outside structure. There was considerable amount of activity that the landowner felt taking his family into more populated area to seek safety was the best option.

When the landowner returned home in the daylight considerable damage was observed as well as several of their family pets were missing.

All this being said, there will be an on sight investigation conducted. There has been documented shootings where Sasquatch has been involved and all of them have turned out extremely negative for the person that pulled the trigger. Lives have been turned around, emotional trauma, long term anxiety, and forced to move from the area due to on-going harassment from the Sasquatch.

This article is being posted as a Public Safety Announcement for more than one reason. When firearms are involved safety of everyone is to be taken into consideration. In some states there are laws that are there for homeowners to legally be allowed to exercise deadly force to protect their life and property. Each incident is different and the circumstances are different. When it comes to identifying a target such as a Sasquatch that people want to pursue in the area of killing one for science it is best weighed that do you want your life turned upside down? Think twice before shooting or shooting at a Sasquatch. Plenty of evidence that everyone that has been involved in shooting  or shooting at one has a story to tell......"I wish I never pulled the trigger".

More information will be added soon as the investigation has been completed. 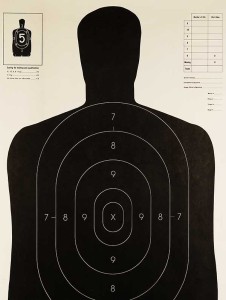 Does this look like a shadow of a man or Sasquatch??

Posted by honobiaoklachito at 12:14 PM

This year we will be hearing from a oustanding line up of great speakers: 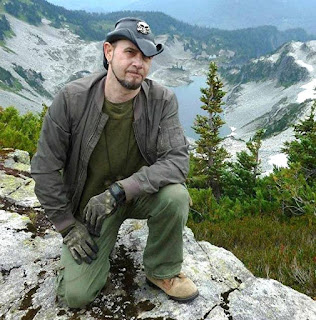 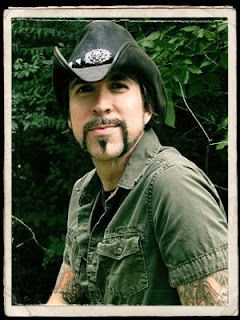 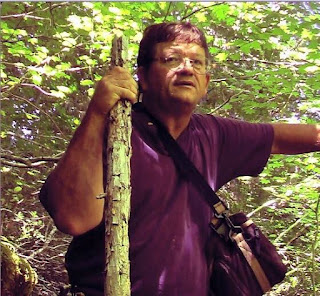 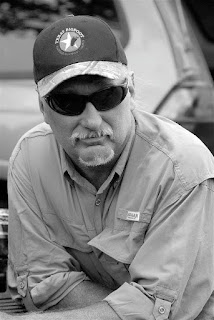 
Posted by honobiaoklachito at 3:57 PM

Honobia Bigfoot Conference and Festival 2018 in the Planning Stages

The Honobia Bigfoot Conference and Festival Committee is planning for this year's event and will post this year's speaker list and activities soon. Check back periodically for updates.

Posted by honobiaoklachito at 10:19 AM