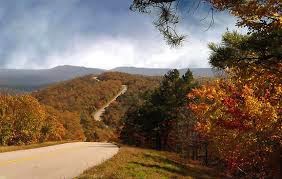 Posted by honobiaoklachito at 7:11 AM


On 06-19-2014 I was contacted by Mr. ******** that lives near the Honobia, Ok community that has had some interesting and unexplainable things going on at his home. The witness name and exact location with held due to security concerns for his family and home. This witness has lived at this location for the past 17 years. The witness has noticed strange events going on his property since 2009. He doesn't believe in Bigfoot and never has seen one until just recently. The witness is married and has children. One of the children has seen something she described as a large bear that spoke a weird language towards her in the winter of 2009. (That is another investigation that will be posted) This particular investigation will deal with the events that has occurred since Fall of 2013. The witness has explained that he and his wife are not looking for publicity and do not want cameras or news channels at their home. They only are seeking assistance on how to handle these strange events with something that visits their home almost weekly throughout the year.

The witness has kept a written record of some events. Here are examples from some of his notes:

10-21-2013 9:45 PM Strange odor next to house. Smelled of wet dog with a sweet pungent odor. Wife looked out kitchen window and saw a large dark figure walking near back of the house. Family scared called county sheriff with possible burglary about to happen.

11-1-2013 11:22 PM Dogs barking at something near small shed on east side of the house. When I turned the porch light on the dogs ran onto the porch and seemed to be very scared looking in direction of the shed.

11-2-2013 9:00 AM While speaking of the dark shadow and dogs acting weird last night youngest daughter said she had seen something that was like a bear but taller that spoke something like Spanish or indian towards her three days ago. She was scared to say something in fear of us laughing at her.

12-13-2013 8:45 PM Loud scream from back down the hill of our house. Dogs started to whimper and whine while staring at the woods towards the east of the house. I researched the Internet and found several sounds that were similar and they all described it to be from a Bigfoot.

06-12-2014 11:10 PM I saw something tall and extremely big shouldered near the side of the road up near the mail box. I was getting a bag out of my truck when I raised up and I saw what I think was a very large Bigfoot standing just near the trees by our mail box.

I arrived on 06-21-2014 at or around 9:30 AM. I observed the residence and area to be extremely rural with yard and residence in very good condition. No security lighting or camera security system in view. Nearest neighbor to location is little less than 3/4 of a mile. Residence is home to 2 small dogs and one large dog. No fence to yard and 2 other structures on property besides the main residence. I spoke with the home owner and his family for more than 2 hours. I was shown around the property and was given multiple accounts by the children as to where and what they have been seeing. I observed several stick structures that indicate to me that there is activity at the home. The home owner did explain he has not talked to any of his neighbors about the activity. He went onto explain that he had heard though the community "Gossip" about if people know you have Bigfoot at your home there are Bigfoot Researchers that will flood your property with cameras and guns wanting to hunt and kill a Bigfoot. The purpose of this investigation is to identify activity and presence of Bigfoot, assist the landowner in education onto how handle and what future steps should be performed to safely co-exist with the Bigfoot. The family is scared for their children and want to know that is safe for them to be outside with out parent supervision knowing that there is Bigfoots that roam the woods near their home.

Investigation is on-going and after completing a 8 hour preliminary investigation of the property I have concluded that there is more than a 95% likely hood of Bigfoot/Sasquatch presence on the property and they do have constant visits from them. There is a high probability of this residence being in a path/travel way that is why the Bigfoots are seen on the property at certain times and days of the week. During this investigation it has been discovered that their are similar activity at two other residence near this location. Future interviews of landowners are to be conducted for further information. Since the visit to the property I have been contacted by the homeowner and was informed of screams and what he described as loud knocking behind his house on 6-24-2014 at or around 10:30PM. 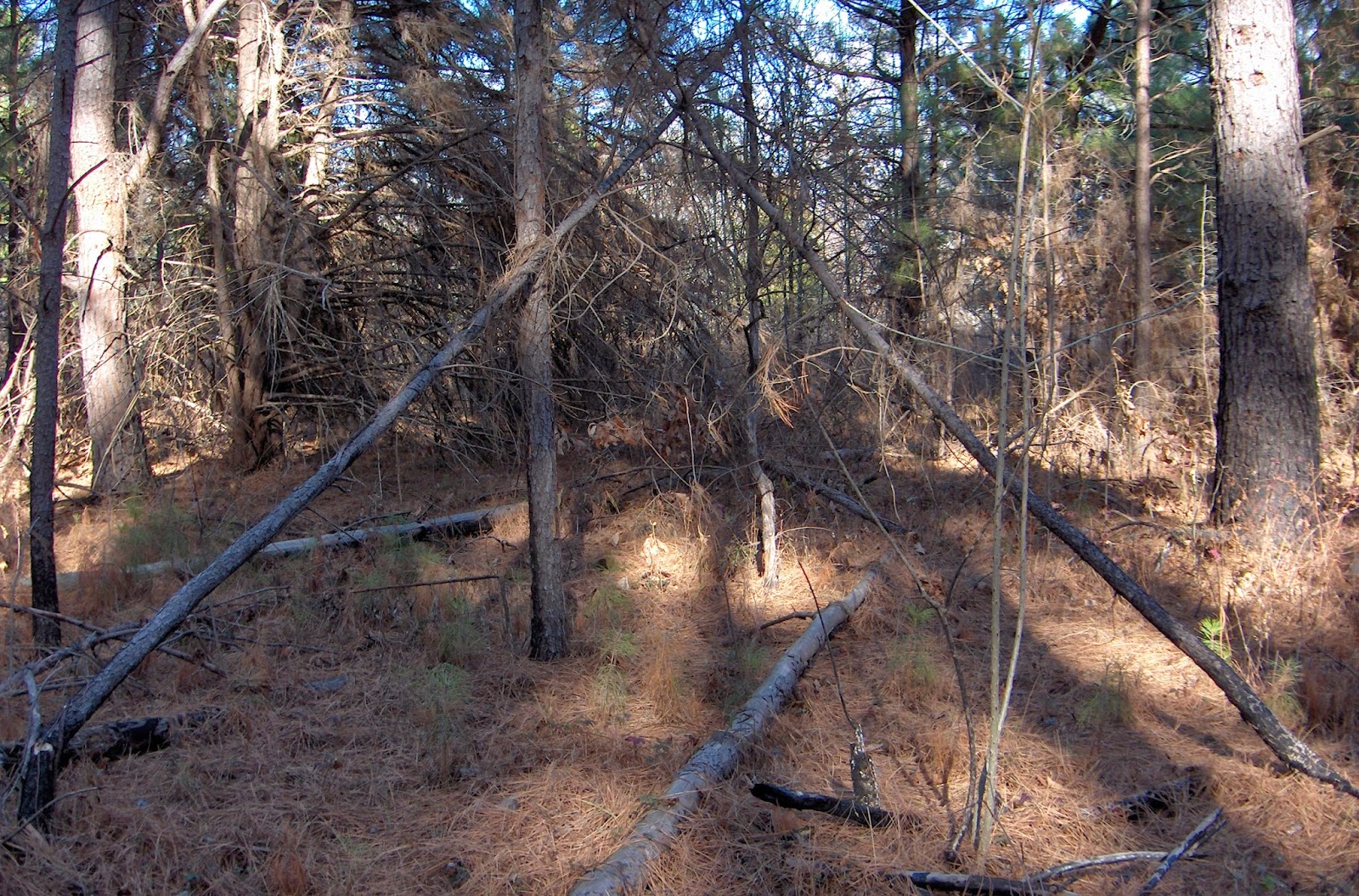 Family was visited on 08-08-2014 after this investigator was contacted that there has been an increase of visitations by the Bigfoot in the past week. Family has indicated that there seems to be more of them passing through. Listed below is the family's records of events and photographs of interesting stick structure discovered on their property.

08-01-2014 (5:45 AM) Father was leaving for work and when stepped outside he observed two large human like figures in the driveway near the road that is front of the house. (Investigator's notes: The father describes the figures to be both in the height range of 7-8 ft tall, dark human shape figures observed from a distance of approximately 100-120 yards)

08-03-2014 (9:00 PM) Family was in the house when something was thrown onto the porch, the family's dogs did not bark and nothing was found on the porch, the father did open the front door and then heard a faint whistle come from the north side of the house. Later in the night (11:30 PM) something hit the north side of the home with enough force the entire family heard it. (Investigator's notes: After interviewing the entire family separately they all had similar experiences of that evening, however the interesting part is the family's dogs were no were to be found that night, they said they never leave the yard area of the their home at night but maybe to chase deer or wild hogs. This particular night the dogs were not heard barking or heard in or around the house until the next morning)

08-04-2014 (10:15 PM) The mother describes a feeling of being watched through the kitchen window and uneasy feeling most of the evening since dinner (6:00 PM). The youngest child was looking out the sliding glass window in the dinning room and then screamed when he said he saw two red eyes glowing in the dark behind the shed west of the home. The father turned on the back light that illuminates the shed area. They observed nothing and within minutes after turning the light off, they heard the family dogs come around the side of the home and started barking in the direction of the shed. (Investigator's notes: The father said the dogs came around the back side of the house charging at something behind the shed and then stopped abruptly before the wooded area and then started to growl and bark towards the back of the shed)

08-06-2014 (3:00 AM) The family (Mother and Father) were woken up to the dogs barking non-stop and the kids coming into the bedroom to describe that some people are out their windows talking and laughing. The father entered the bedroom and then could hear what sounds like speech or someone talking out the kids window, but when looked out the window couldn't see anyone. The dogs stopped barking around 3:45 AM. (Investigator's notes: The father said that when he went into the kid's bedroom just before he started to turn on the light, he heard the noises outside he window, he described it to be two people talking and giggling but was unable to determine what language it was, it sounded muffled and very deep. He added that when he walked softly over to the window and peeked out the side of the shade, he couldn't see anything of anyone that was standing near the window or even out towards the tree line. He also stated that the dogs were on the other side of the house barking and running back and forth as if something was just inside the tree line near the shed. No other sounds were heard after the dogs stopped barking)

08-07-2014 (6:30 PM) The children were playing in the wooded area behind the home and discovered a interesting set of small trees bent over and connected to each other that forms a X. (Investigator's notes: I was shown the stick formation and will describe as a "Parallel X" since it is parallel to the ground, I have seen 3-4 other formations similar to this. This formation is approximately 50 yards directly behind the home and to the north of the shed to where most of the activity has been the past week) 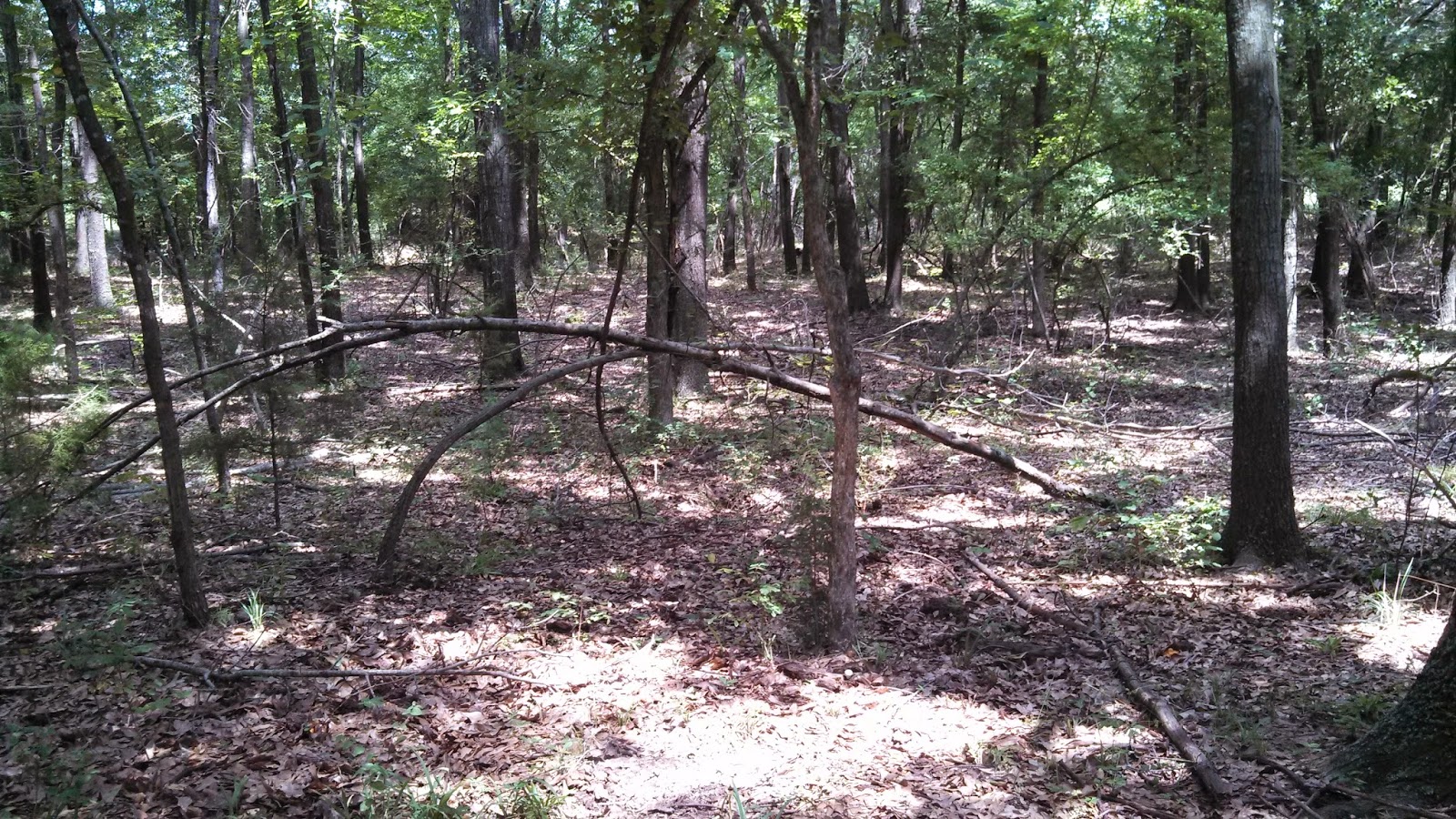 Insert: Photo of possible X Formation on property of Investigation 010-2014 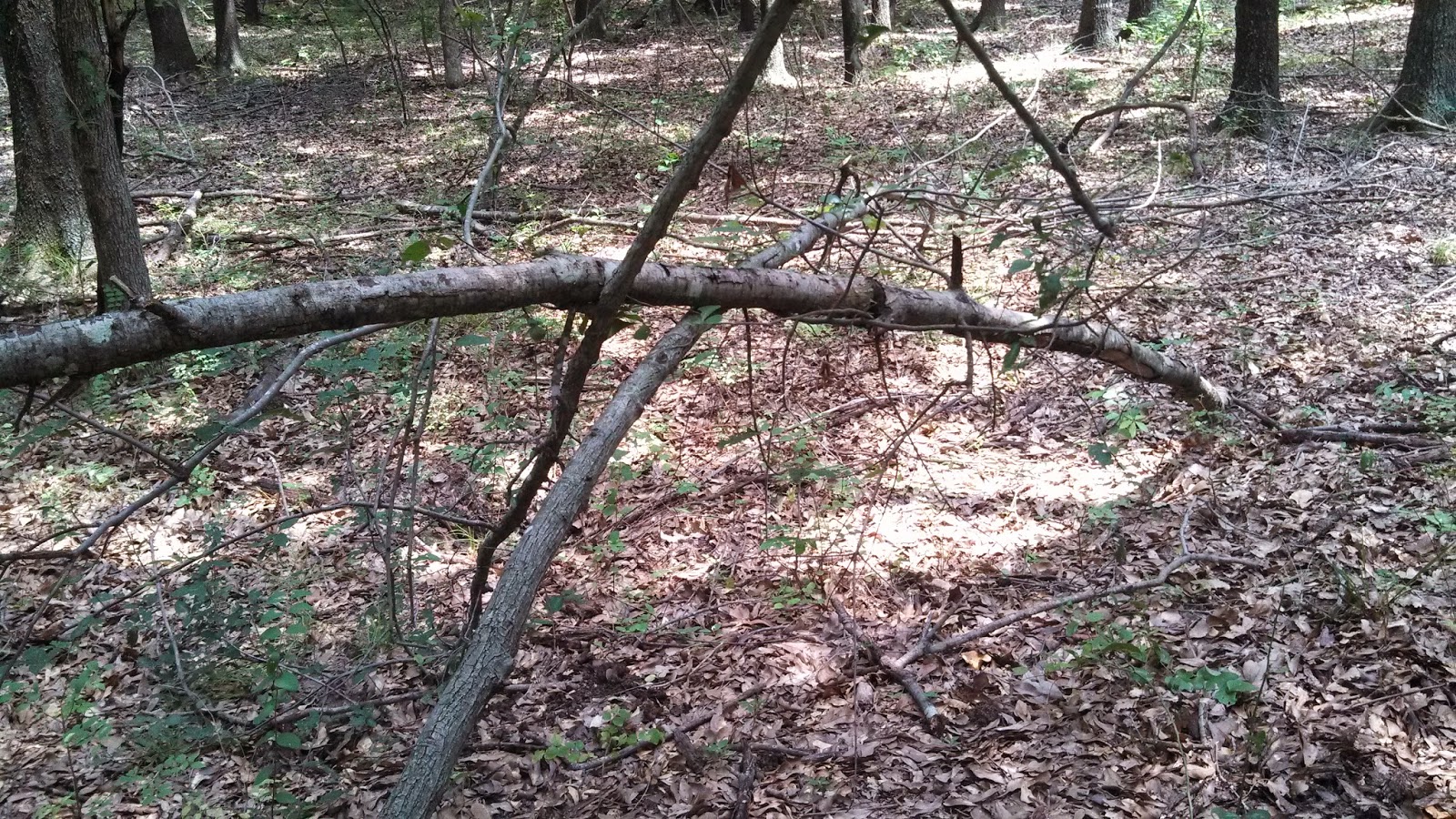