This year's Honobia Bigfoot Conference and Festival is more than a place to come and enjoy good food, entertainment, raise money for a good cause and friendship. There is something to learn, there is a lot of people that travel through several states to come to Honobia, Oklahoma to hear the speakers present their research and findings on Bigfoot's existence. There are many the come non-believers and some go away with either they believe now, or they are more open to the idea of the existence of Bigfoot or Sasquatch. One of the organizers and speakers Troy Hudson was quoted

"I am not here to make you believe Bigfoot Exist, I only here to present you what I have learned in all the years I have been doing this, you take what you learn from me and the other speakers and form your own opinion" 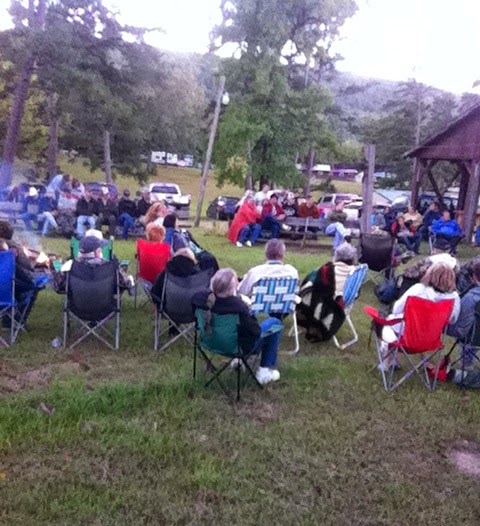 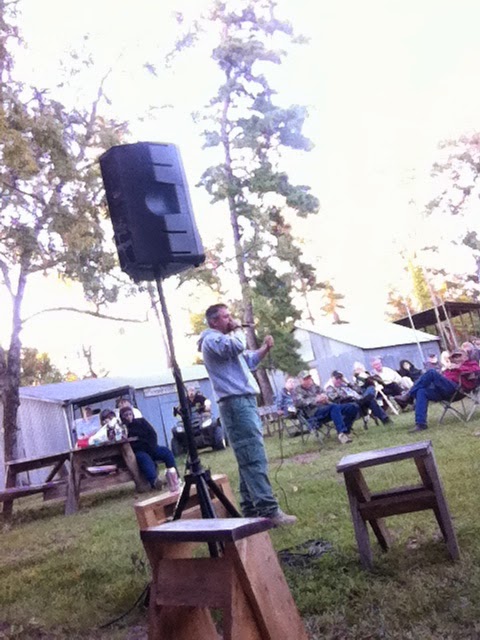 Insert: One of the organizers leading the Storytelling. 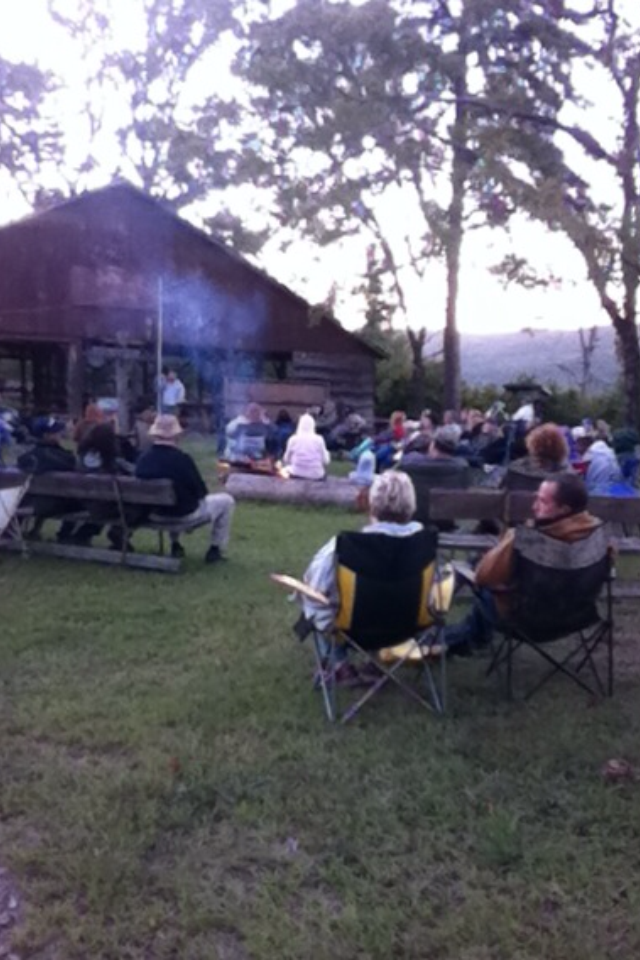 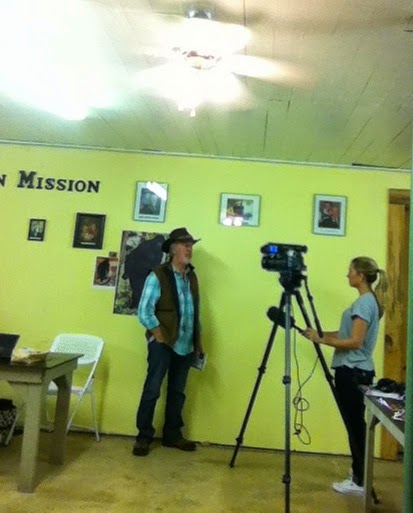 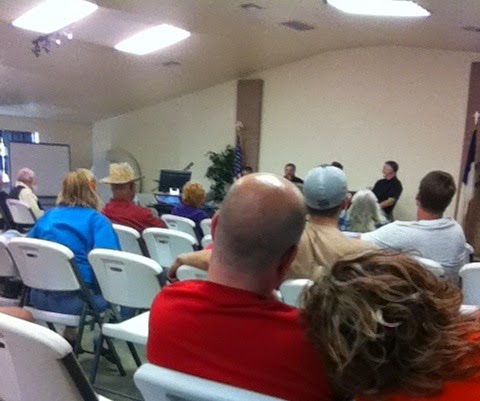 Insert: Conference attendees listen to the panel of speakers answer questions from the crowd.
Judy from Oklahoma "This is my first year, my family and I loved it, everyone is so nice and down to earth, we will be back next year, you can count on it"
Henry from Arkansas "This is my 4th year to come to Honobia, this is the best trip yet, I will be back next year"
Anonymous from Honobia "The best yet, thank you thank you thank you guys, keep up the good work"
A local vendor "By far the best festival ever, thank you for having me" ﻿
Posted by honobiaoklachito at 7:43 AM

First We at the Honobia Bigfoot Club and Honobia Bigfoot Conference and Festival Committee would like to thank all volunteers and members of the scholarship fund organization for a very successful event this year. All the hard work and long hours paid off. Below is a brief report on what took place and some of the highlights. The scholarship fund and financial report is not out yet. This year proved to be in evidence of what it means to have a great team working together to accomplish a goal.

The festival was more than President Tom Hefner expected as well, there were only two food vendor trailers on site (in the past there are normally 4 food vendors) and the vendor cooks could barley keep up with the orders. The kids had fun in the bounce houses and the entertainment kept people coming back for more. There were vendors of every kind. Bigfoot T-Shirts, coffee mugs, stickers, and raffle tickets were on sale and they went fast. I was told that the Bigfoot Scholarship coffee mugs were sold out on the first day. There was even a trailer display of several Bigfoots and even a life sized Bigfoot for everyone to get their picture next too. Bigfoot was seen on the property making his appearance for everyone to get their picture taken with.

Dr. Jeff Meldrum is no stranger to Honobia, he has been a guest speaker at the Honobia Bigfoot Conference more than enough times to understand and appreciate the beauty in which SE Oklahoma is well known for. Speaker Ron Morehead also spoke, this was his first time to speak and visit SE Oklahoma. I am pretty sure he will be back. The conference was a huge success, there were more people on Friday that any other conference since it's development. Usually Fridays are very low in attendance due to school and work, but this year there were more people in the conference by noon than ever before.

Organizers said next year's conference will be "Better than this years, we plan to take it to a new level"

The Storytelling was also a great hit and proved to be as in the past one of the most attended events of the weekend. Led by Troy Hudson, "Everyone had a great time, several youngsters even told a few stories of their own, I was told by few attendees that this is all they come for is the stories" Hudson said.

It is no argument that October in SE Oklahoma is the month of the Bigfoot, make sure you come next year for The Honobia Bigfoot Conference and Festival. 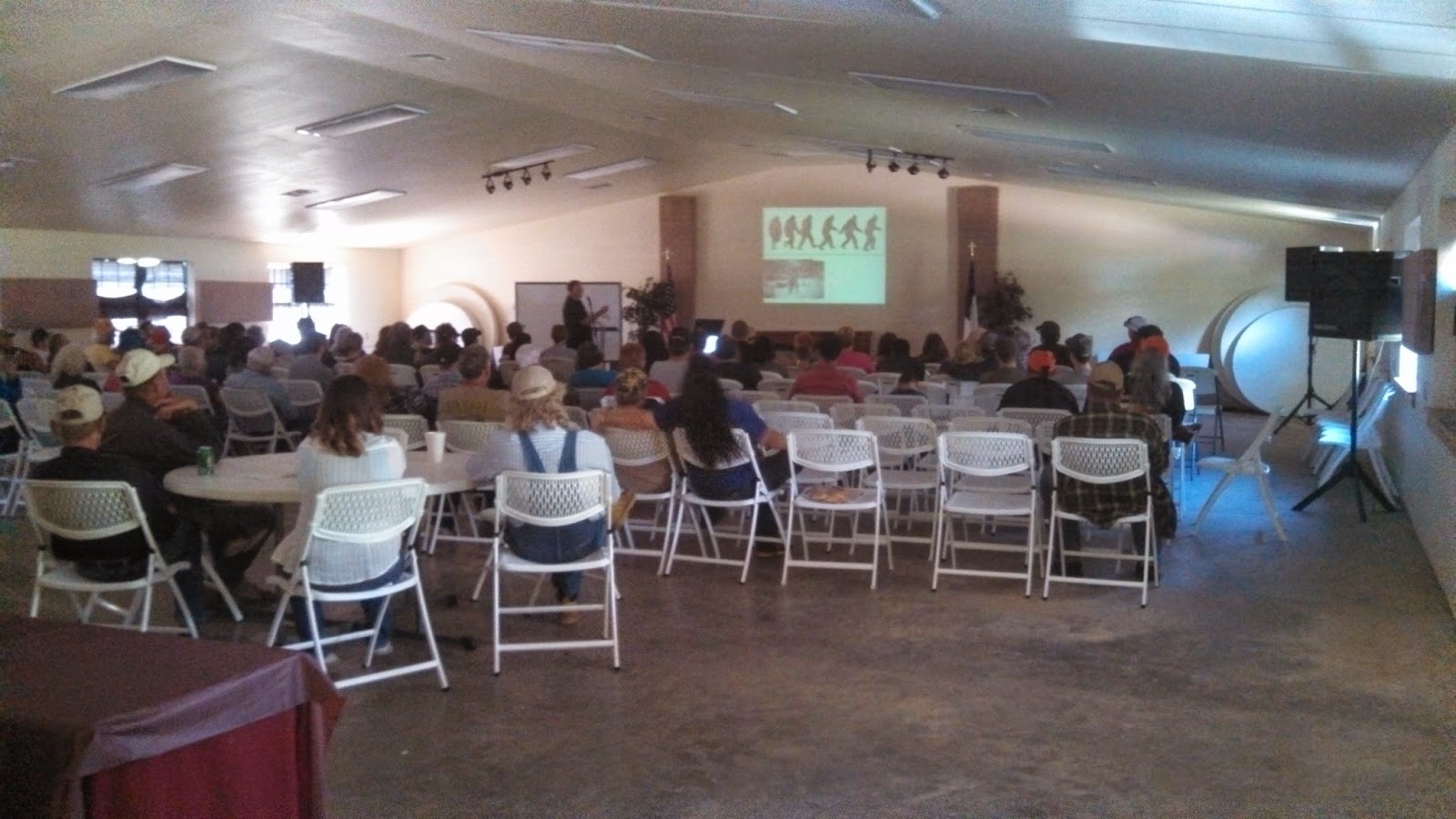 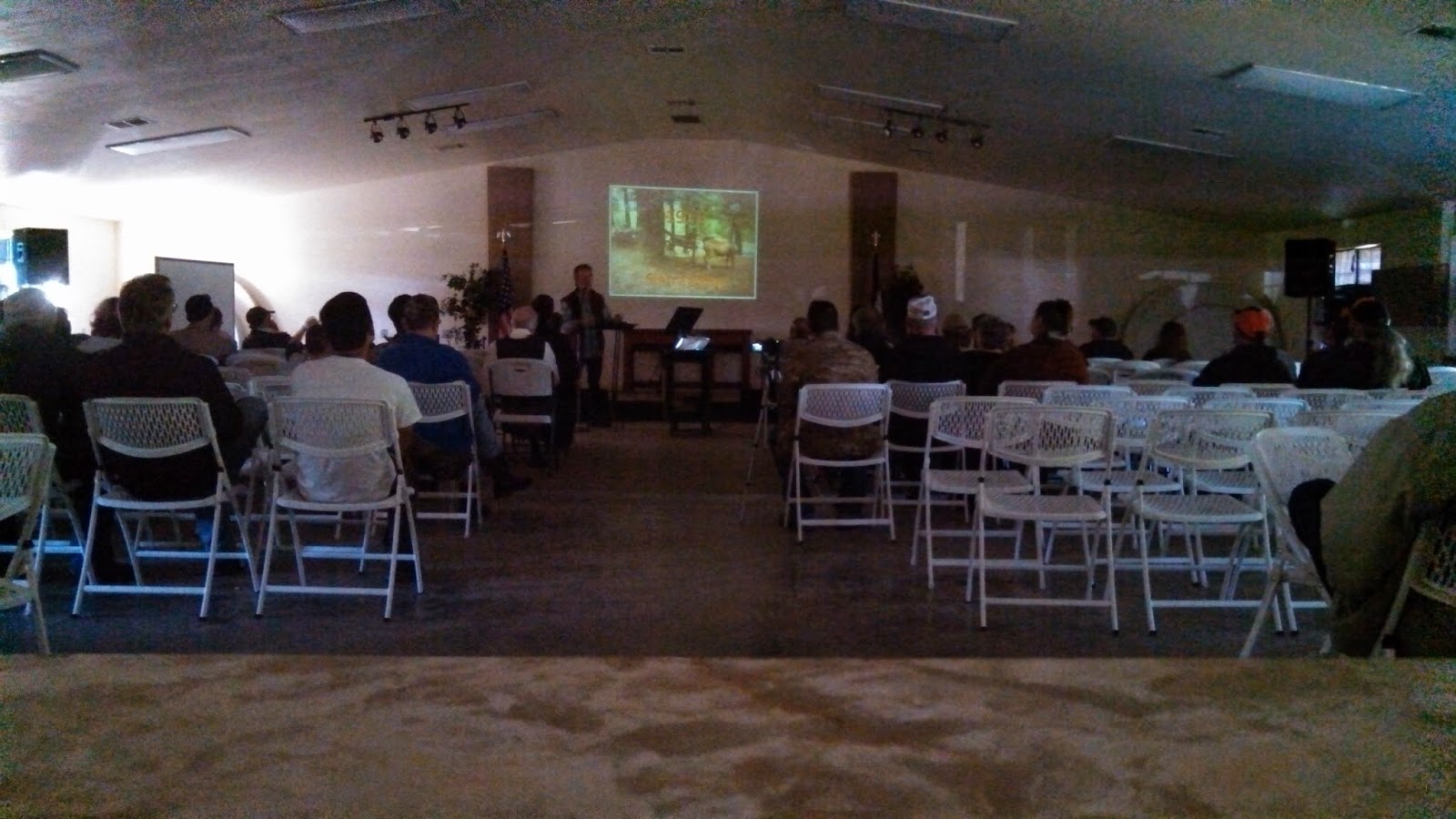 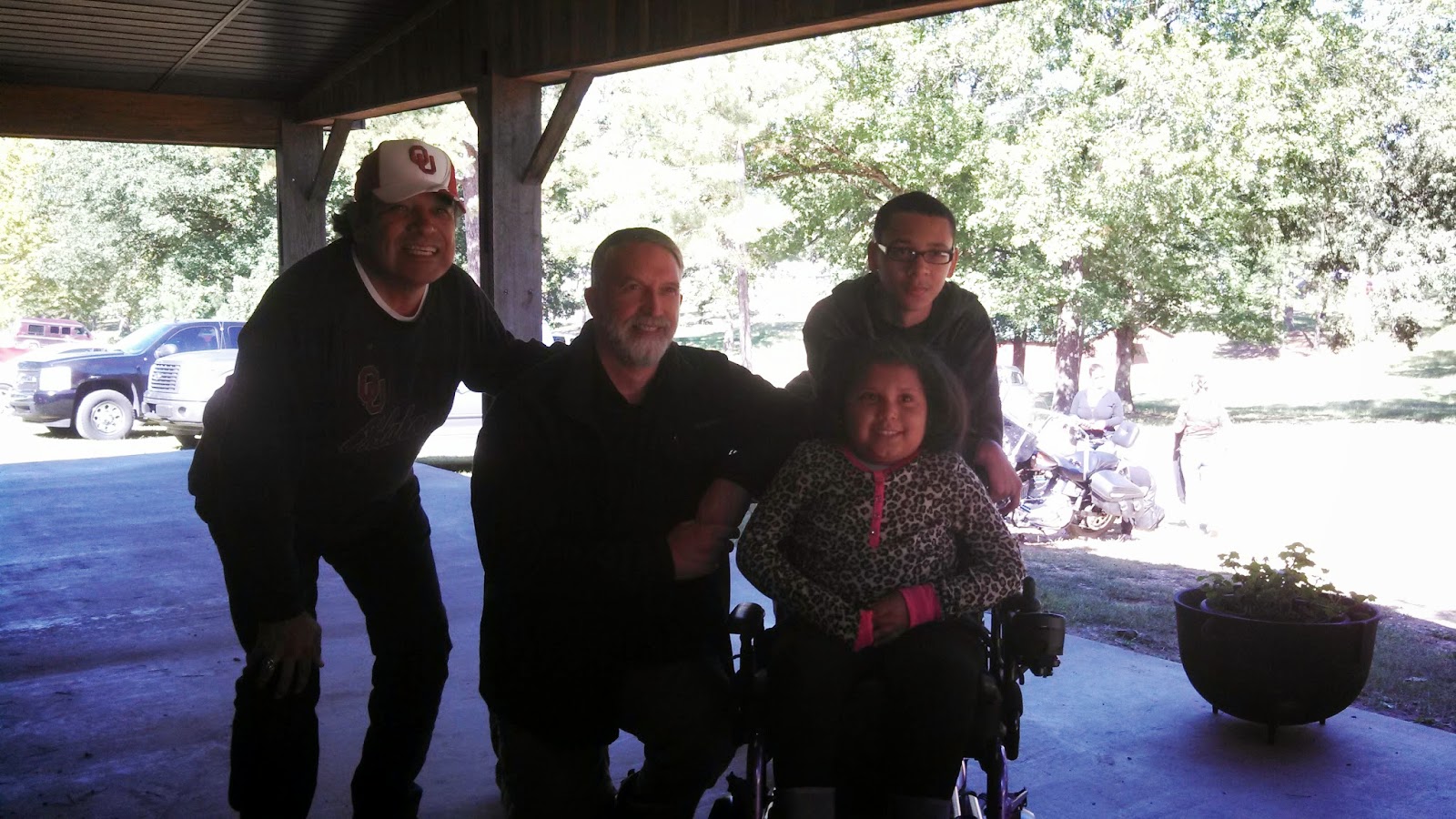 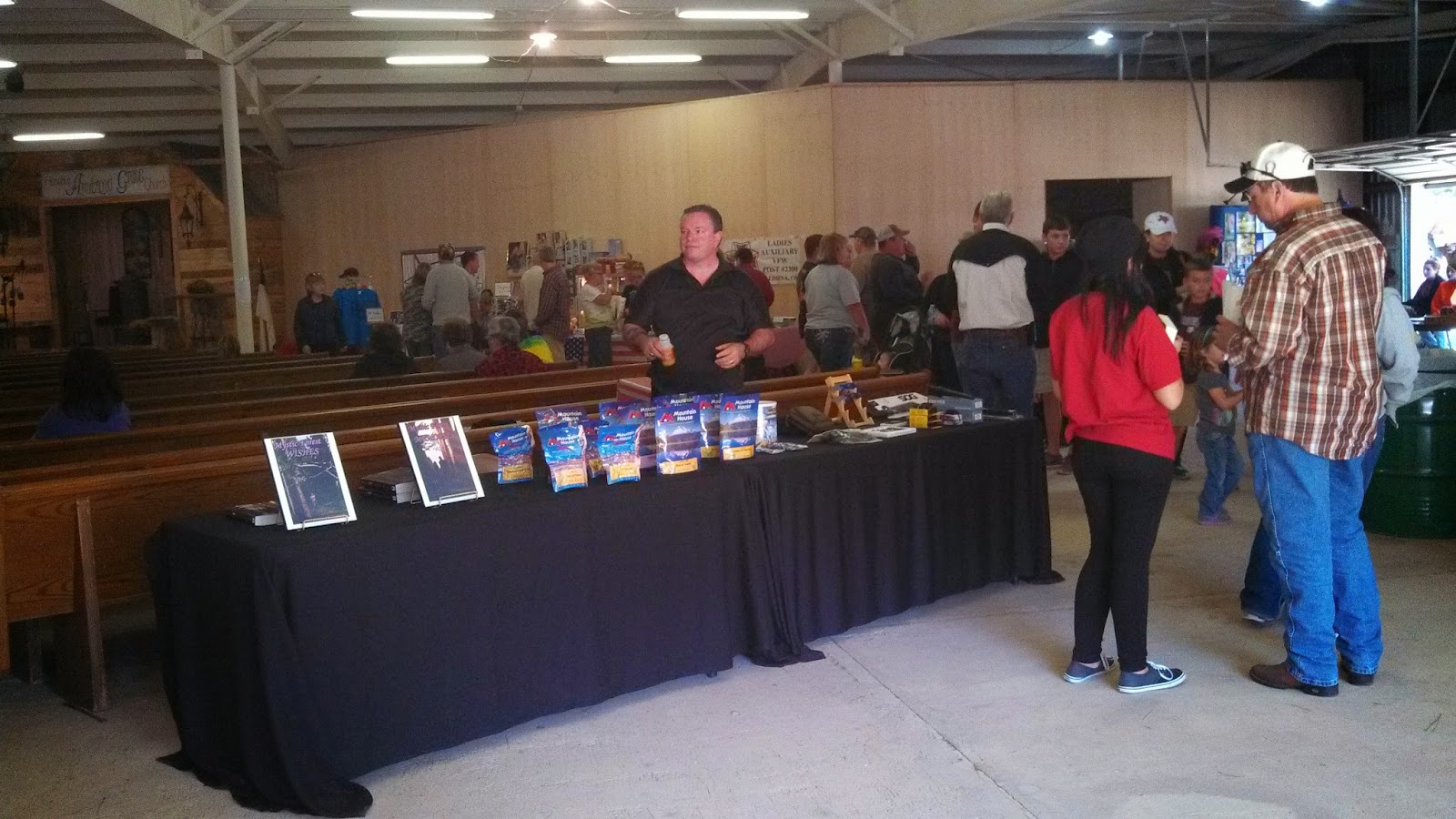 Vendors inside the Steel Tent. 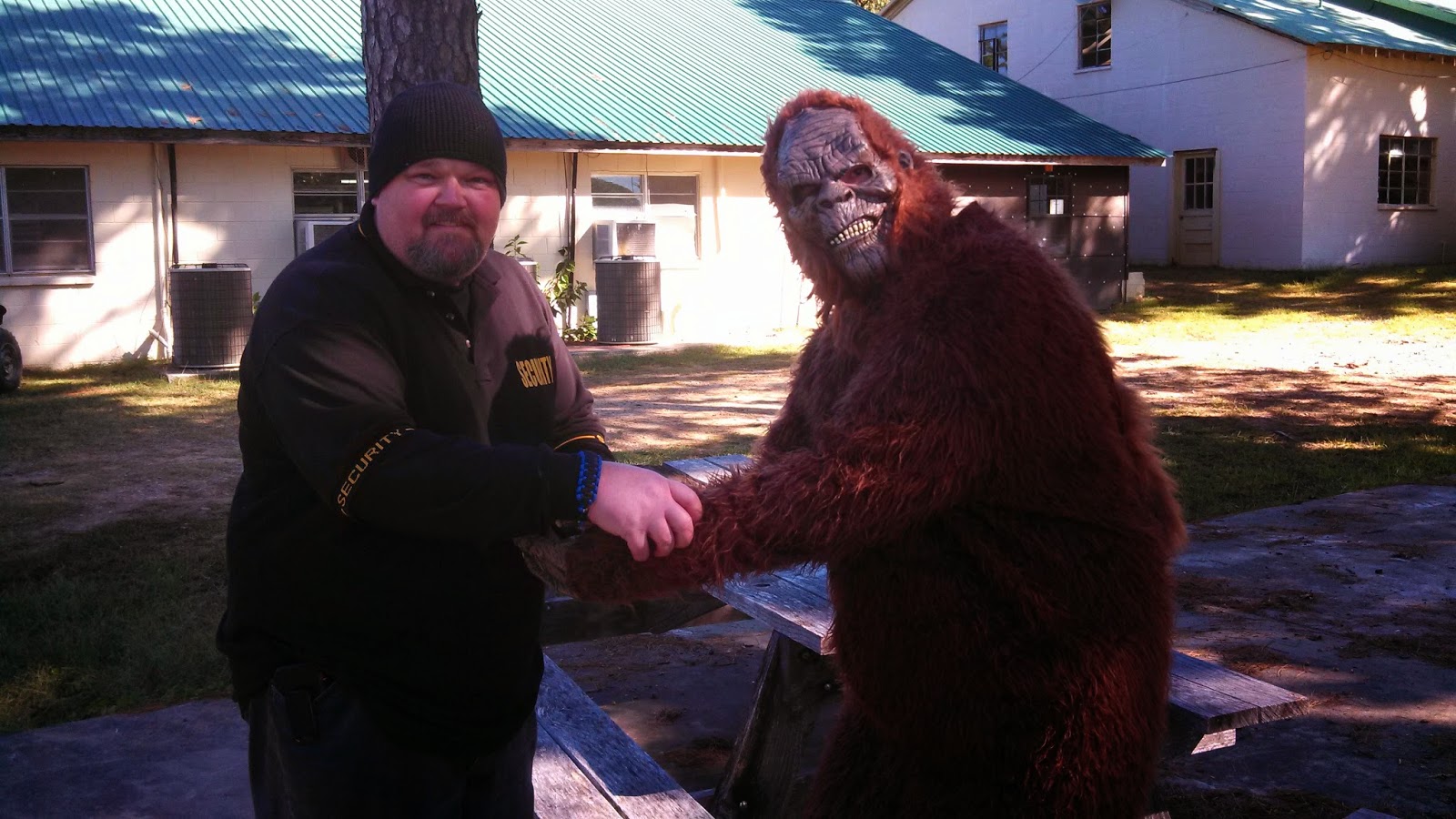 Bigfoot captured and in custody (for now) 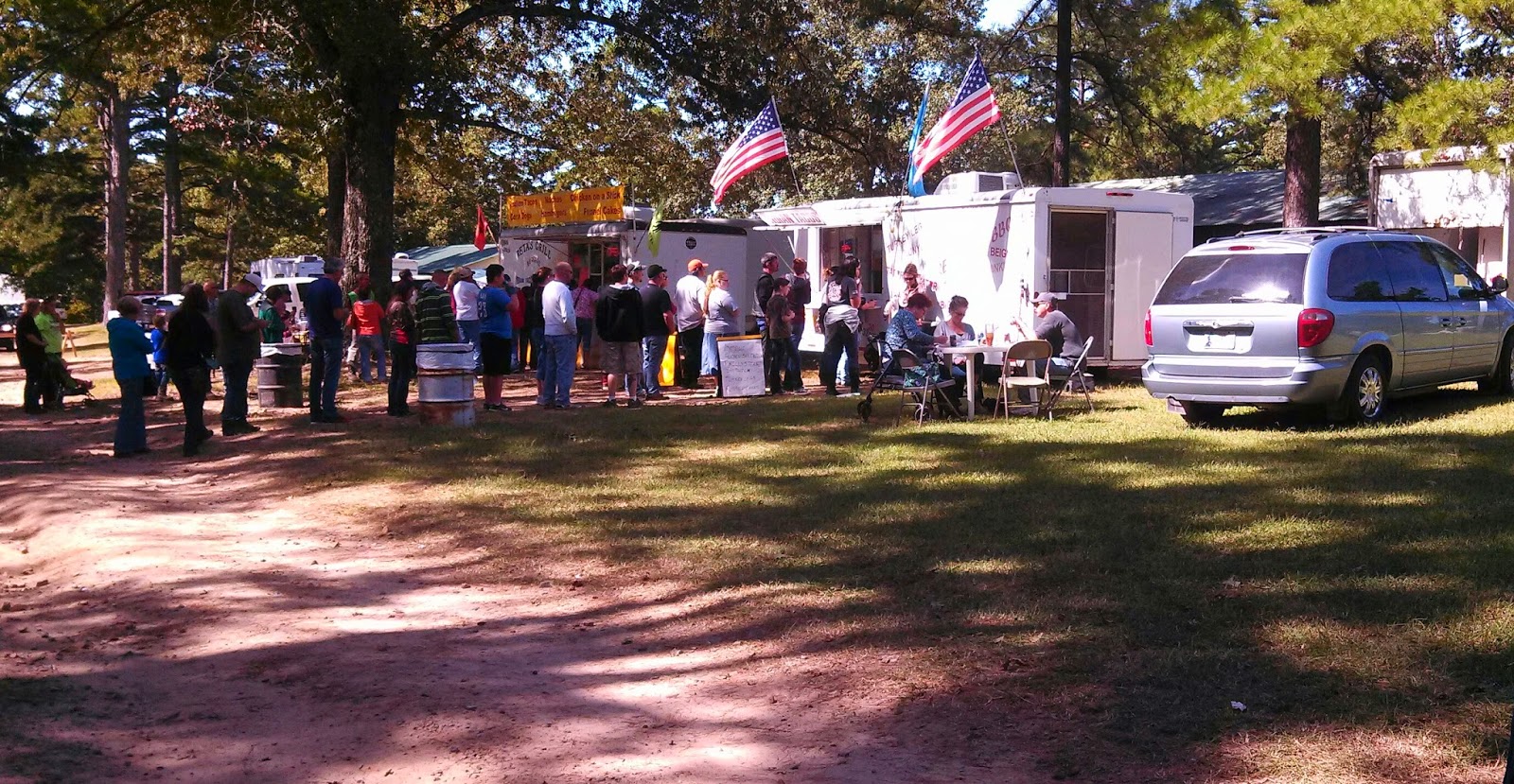 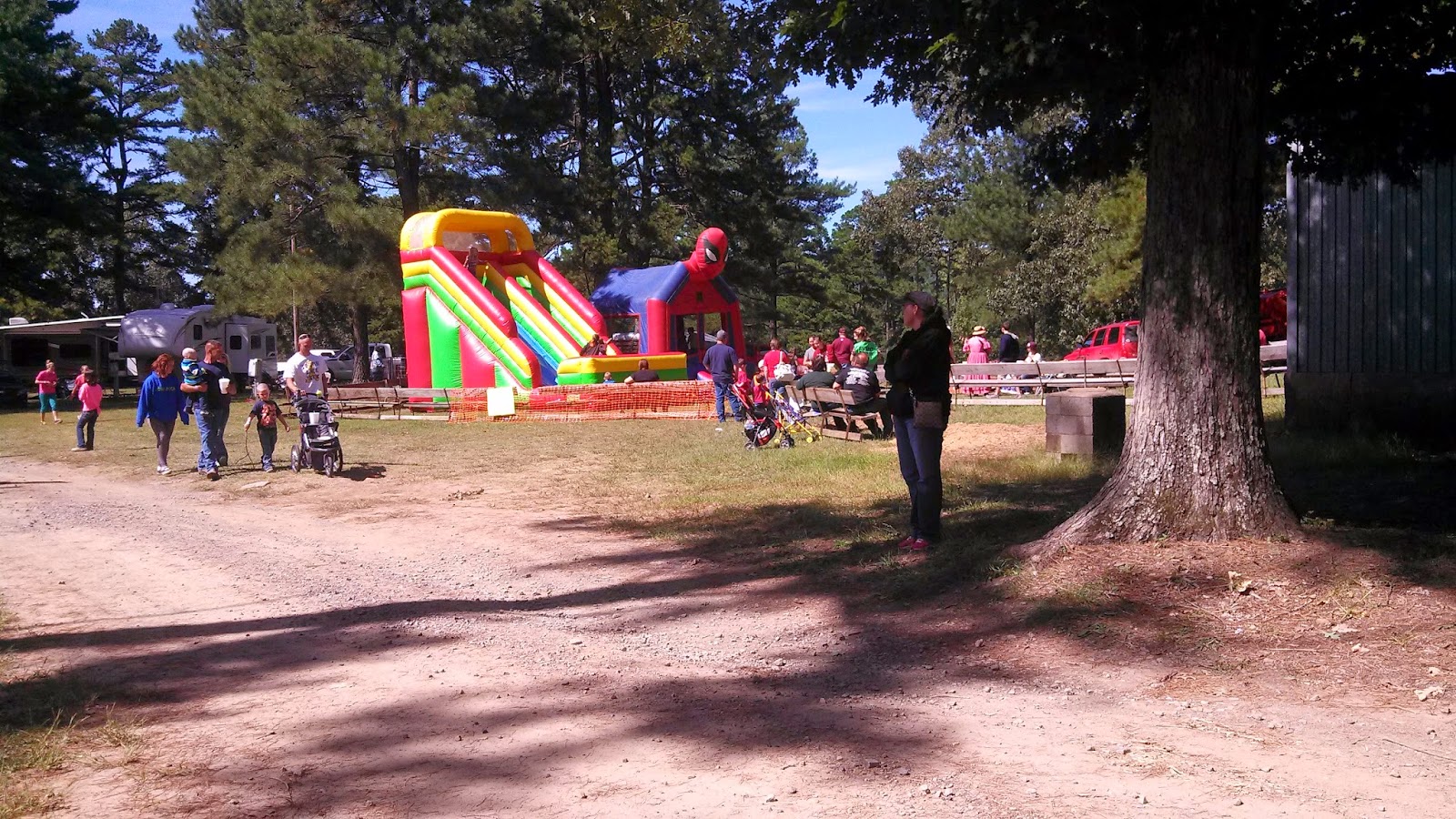 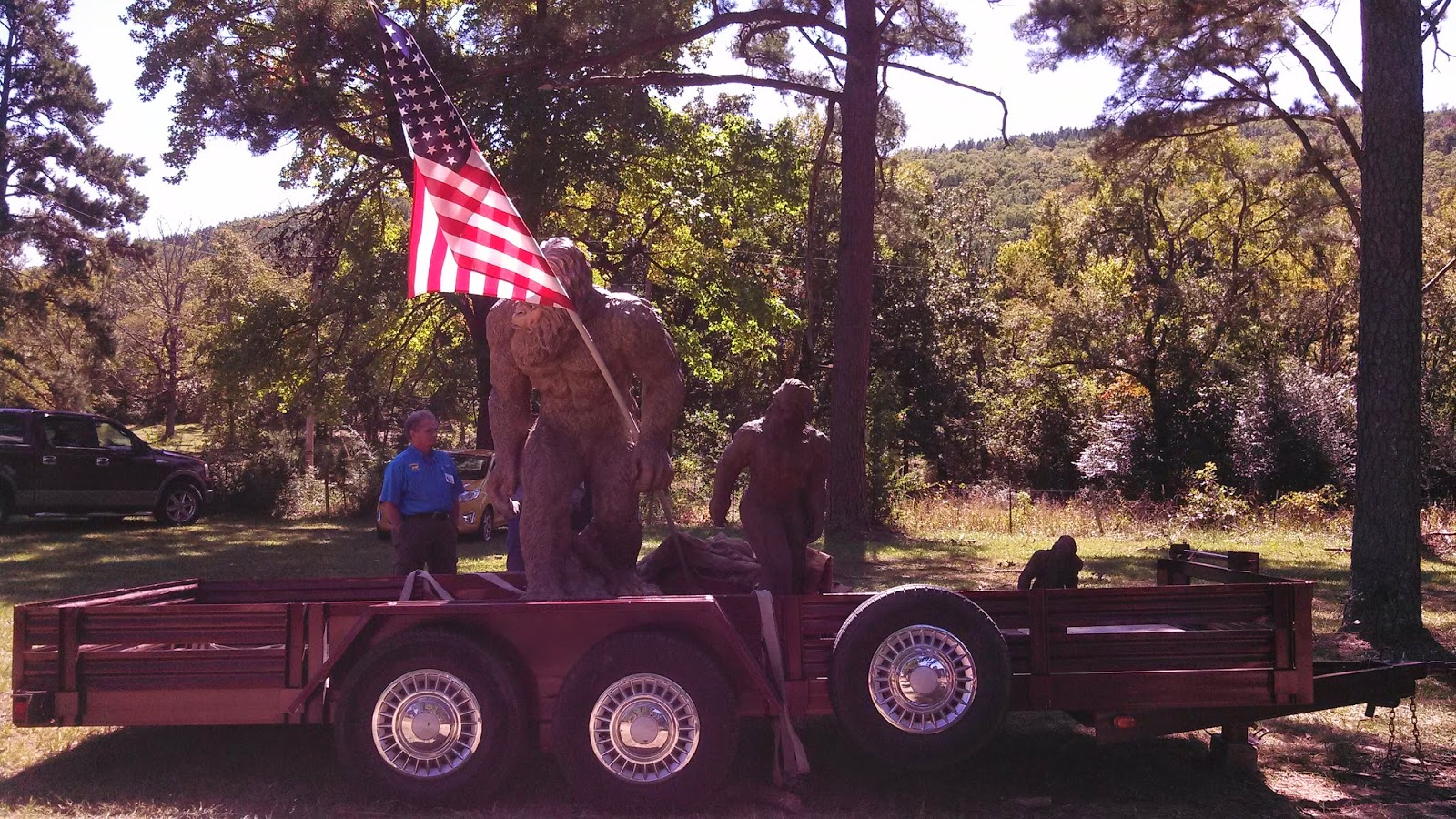 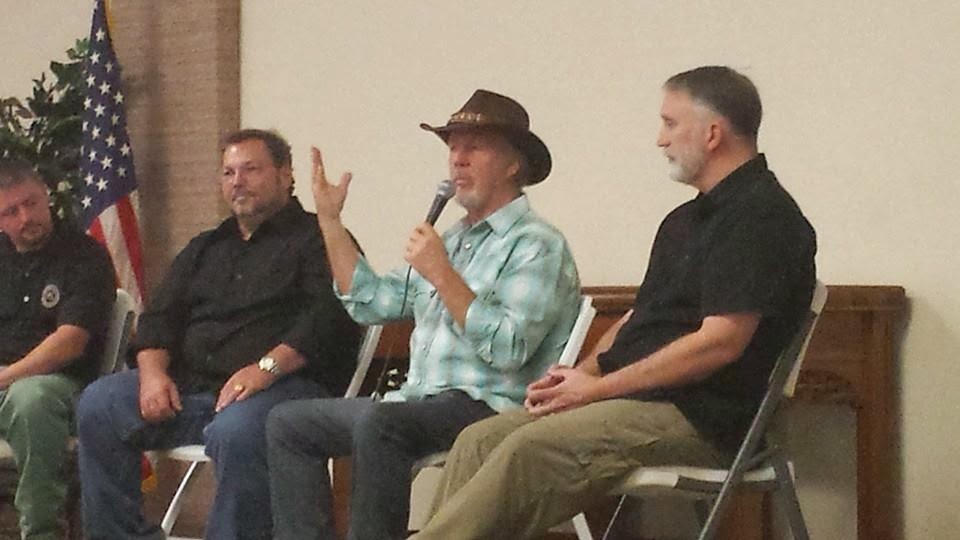 Dr. Jeff Meldrum, Ron Morehead, Farlan Huff, and Troy Hudson on stage for Question and Answer Session during the conference. 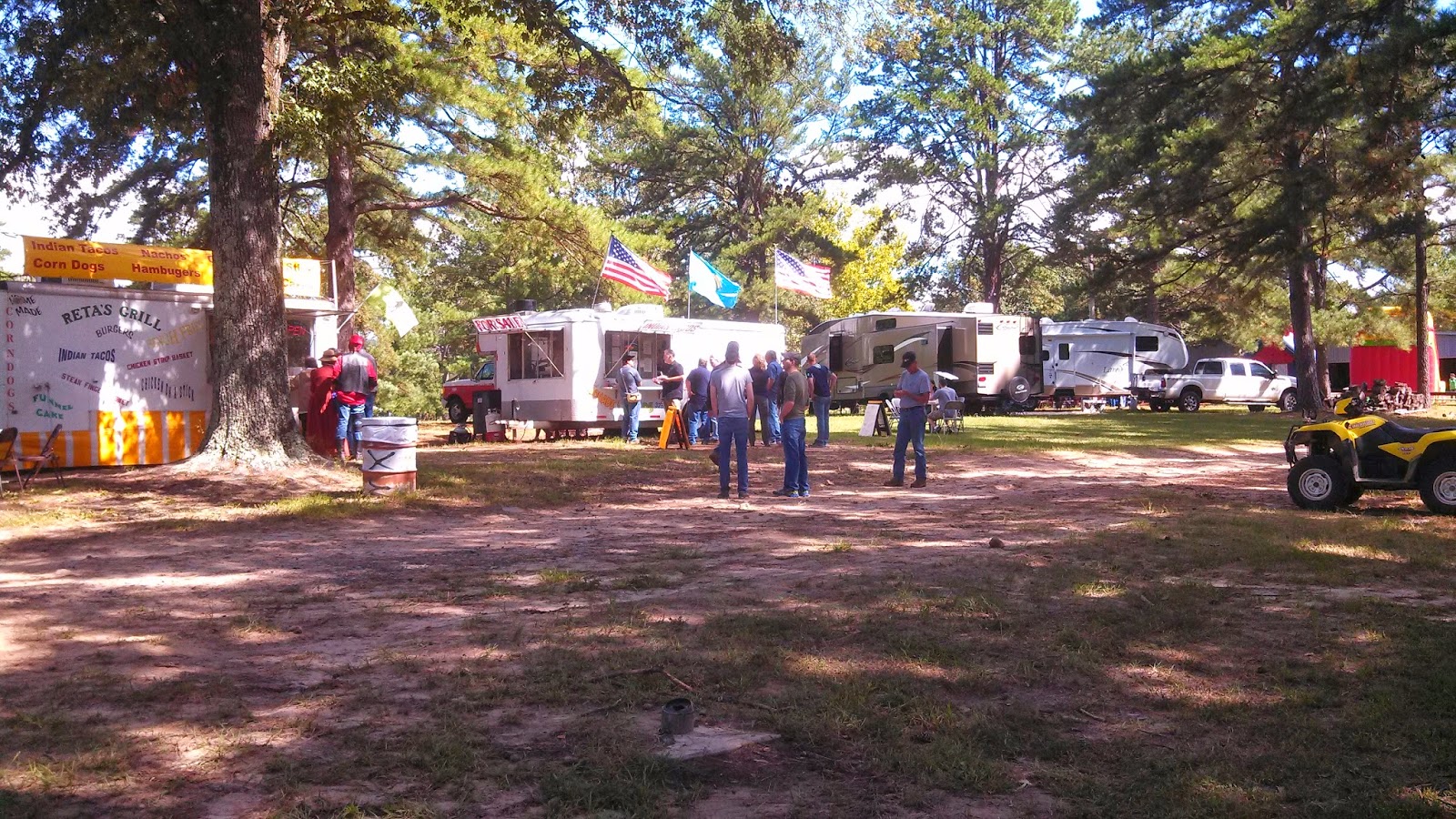 Visitors enjoyed the weather.
Watch for our "Bigfoot Activity at the 2014 Bigfoot Conference and Festival" post. Coming up Next!﻿
﻿
Posted by honobiaoklachito at 5:55 AM