There was $5,000 raised at Clayton and $2,400 raised at Talihina. These fund raisers are pie auctions and dinners supported by volunteers that give up their evenings to help a great cause. This is one of a kind school scholarships program that we know of. There are other educational institutions that are interested in what is going on here in SE Oklahoma. There is a university in Tennessee that has been watching our progress, they are coming to SE Oklahoma to learn who, what, where, how, and why we do what we do. They want to replicate the scholarship program into their own communities. We know of no other program like this in North America where a Bigfoot Organization is leading the path for high school students to further their education by raising money to attend a higher level of education.

There are plans to expand the scholarship program into other schools in SE Oklahoma. Tom Hefner is the President and Founder of the Honobia Bigfoot School Scholarship Fund, he deserves all the credit. Thank You Tom! 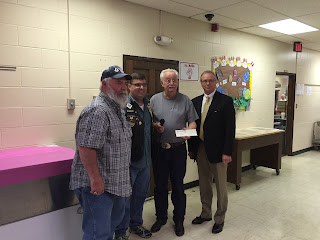 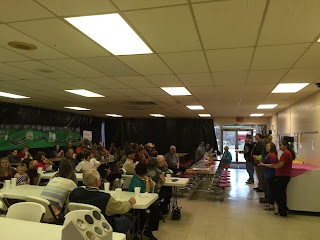 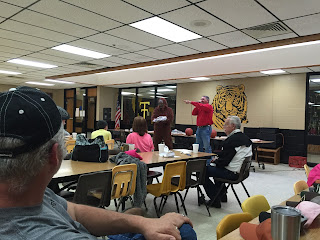 (Insert: Talihina Public School Fund Raiser-Note Bigfoot was on hand to help out)
﻿
Posted by honobiaoklachito at 6:46 AM

This report was submitted to the investigator in December of 2015 via mutual friend of the Field Surey Employee. It was only until March of 2016 that the investigator was able to meet up with the survey employee to hear his account.

The survey employee works for a general contractor of a large power company. The employee surveys areas for future job sites of the power company. Sometmes these locations are remote in nature, meaning the employee has to travel either by foot or by ATV to reach the survey location. This particular day was in the evening of late November, as the employee remembers it was late in the afternoon and within minutes of the sun setting.

The employee traveled by ATV to reach this location which was estimated about 1 and half miles from any road and little over 3 miles from any occupied home. The employee was to survey a open area next to a powerline (right-a-way) and is bordered by heavy woods on both sides. When he stepped out of the ATV (side by side) and turned it off he immediately heard something moving fast through the treeline on the opposite side of the clearing from where he had parked. He thought of deer or possible hog in the begining. However when he started to get his equipment out of the ATV he heard a loud knock, he described it as if someone struck a tree with a baseball bat. He yelled in the direction to see if someone was messing with him. He saw briefly through the trees something upright and very large walking, it was far enough back into the treeline he couldn't make out exactly what or who it was, he knew immediatley it was not a deer or hog.

He then heard a small grunt to his left, he looked up the hill from his position and observed a very tall upright shadow (as he described it) standing just outside the treeline (est 80-100 yards). He only saw it for 2-4 seconds, he described it has very large, huge shoulders, big head and very long arms. The daylight had started to fade, and what he remembers is that the color may have been a black or dark brownish color, he said it was covered in hair and could not see any facial features. He turned his attention to the second one across from him and lost sight of it, he immediately packed his things and departed in the ATV.

The employee never reported the event to his company or fellow employees, he returned two days later with another survey employee. Nothing occured during his return. He had only told a friend that knew of this investigators background and reported it.

Investigator's Notes: This location is well known to the investigator as it has long time history of sightings and activity. The survey employee's accounts are consistant with other eyewitnessess that have had sightings in this areas in the past. Two Sasquatches are seen and the eye witnessess is uneasy of seeing two Sasquatches in the same location. Typically the eye witnesses are alone when these occur.
Posted by honobiaoklachito at 10:41 AM

The Kiamichi Mountains Adventures (KMA) is a private organizations that is made up of members from various backgrounds that have extensive field experience in investigating Sasquatch sightings and activity for over a decade. Some of the members have been organizing, conducting, and leading Sasquatch field expeditions into the Kiamichi Mountains for more than 10 years.

This year (2016) has proven to what ever the members of KMA have been doing in the past and present are working. Expedition attendees continue to have sightings, hearing the most strangest of sounds, and the unexplained. Note: Not everyone is seeing a Bigfoot, but some do, some attendees travel from all over the world, for example in 2013 small group traveled from Sweeden, some have came from Canada. Here in the US there is Florida, Illinois, Ohio, California, Colorado, Idaho, Texas, Arkansas, and Utah.

In addition to leading field expeditions, the KMA have been involved in numerous field investigations where private citizens have reported strange activity near their homes. Examine our Field Investigation Files here in the blog for further information.

The 2016 spring expeditions are almost over, the summer is just to hot and miserable to be out in the woods. The KMA will start taking reservations or the fall 2016 expeditions soon. If you are interested contact immediatley the slots go fast. 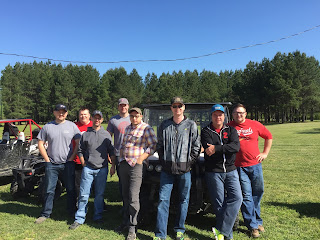 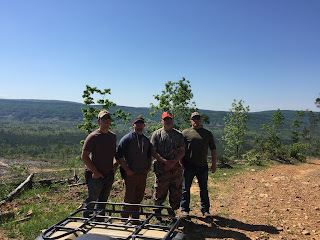