That time of year, below are two of our newest conference speakers. They are going to join us this year at the Honobia 2016 Bigfoot Conference.  Not in any order...

Lyle Blackburn is an author, musician, and cryptid researcher from Texas. His investigative cryptozoology books, “The Beast of Boggy Creek” and “Lizard Man,” reflect his life-long fascination with legends and sighting reports of real-life 'monsters.' During his research, Lyle has often explored the remote reaches of the southern U.S. in search of shadowy creatures said to inhabit the dense backwoods and swamplands of these areas. 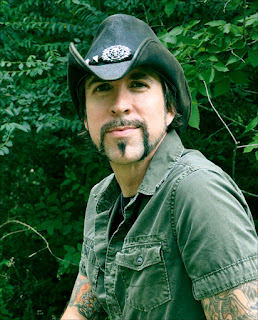 ﻿
M.K. Davis
For nearly twenty years M.K.Davis has studied and analyzed iconic films using imaging techniques that he learned in astro-photography. These techniques have resulted in some of the clearest and most stable versions of these films available.

M.K. has always believed that such films as the Patterson Bigfoot film and the Kennedy assassination films might tell their own stories if the best versions were properly treated and rendered. This has mostly been the case.

His work with the Patterson Bigfoot film has taken him far and wide across the country. He has researched the area where the film was shot and taken his own video of a possible Sasquatch there back in 2008.

M.K. lives in Mississippi with his wife Debbie. They have raised four children.

M.K. has a youtube channel greenwave2010fb and a blog site thedavisreport.wordpress.com . Most of the videos are submitted for analysis and are left up to the viewer to be the judge of it.

"The world is a mysterious and interesting place. It's not surprising that some of it might end up on film." -M.K.Davis 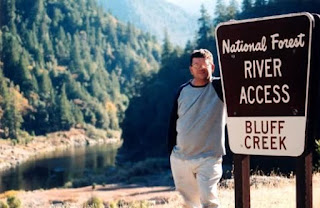 Posted by honobiaoklachito at 5:13 AM