This investigator was contacted by a mutual friend that had visited the property in earlier 2017, this friend had informed this investigator of the supernatural events that occurred at the property during his visit. I was familiar with the on-goings at the property due to it being so close to the SE Oklahoma state line. I had heard of the strange events on the property from several individuals that live in the area. The reports of Sasquatch sightings and activity are numerous since the late 1900s.

On October 1st, 2017 another investigator and myself arrived to conduct the site visit. During the "get to know" the landowners it was immediately apparent that myself and the landowner (husband) new same people and locations during our employment. "Small world".

This day and night of the site visit proved to be something this investigator will never forget. A tour of the property was conducted by the landowners (Husband and wife). It was in my observation that they have visual evidence of Sasquatch activity on their property. Stick structures and bent small tree limbs that have been associated with Sasquatch from previous investigations and personal observations. During the night investigation myself and the landowner was walking on the furthest southern road of the property when we stopped to take in the surrounding area. I for unknown reason turned and looked up about 13-15 feet in the air and observed a medium sized rock (pic included) suspended in the air, soon as my eyes made contact with the rock it immediately fell straight down and hit the road. It was not spinning or rotating as if it had been thrown it was just suspended for a split second and fell. I have never observed this type of event. This investigator is not making any claims of any type of supernatural event. It is a observation of what had happened. Later in the evening there were sounds and movements in the woods that indicated Sasquatch type activity. This concluded this date's site visit.

Through this time period several unexplained phenomenon occurred that can only be described as paranormal in nature. This investigator has many years personal experience with the unexplained, supernatural and paranormal as some described. However on the last night the film crew/team (6 total members) myself and one other member of the team stayed in an area above the rest of the team conducting a filming/investigation down below a ridge line. I was observing movements around myself and the other team member. I was pointing out to the team member that we had movement that was associated with Sasquatch and demonstrated what and how to spot the movement. It was brief and very subtle. The team member said "I am seeing eyehsine or what?" I looked into the location where he was looking and I observed several sets of eyeshine that are associated with Sasquatch activity. Out of the corner of my eye, no more than 20-30 yards away I observed movement in the tree line. We were sitting just inside the tree line on a small road and could see the night's sky that illuminated the area making it easier to see movement. I told the team member to watch that area I had just seen movement. He then immediately grabbed my arm and pointed to that same location and said "right there, right there I see one it's standing right there" I moved over to get a better look as to what he was seeing. I observed a rather large figure shaped like a human, shoulders and head I could see very plainly. The team member added " I can see his head and shoulders and arms, he paused and said I see his torso, he is huge"

The team below had radioed back that they were coming back up the ridge line. I told the team member that was with me to not take his eyes off who he was looking at. The team below was making their way up the ridge (utilizing flashlights). During their walk back up the ridge line they had pointed their flashlights up to see where they were walking and the team member with me looked over briefly to see where the rest of the team was and looked back and with disappointing voice said "well I dont see it no more" I had heard the movement in that area as if something had moved off quickly"

The night was not complete when the whole team decided to walk to another area of the property. While walking on one of the roads leading back to one of the crystal mine dig sites several members heard a small rock hit on the road behind everyone. One team member was utilizing a hand held FLIR (thermal imaging device) and quickly located the rock among other rocks with the FLIR, the rock in question had a heat signature that can only be described as if someone had been holding it in their hand for enough time to transfer the heat from their body to the rock. This proved to be a very useful tool in determining which rock out of the hundreds laying on the ground had been held by someone or something with enough body heat to transfer it over to the rock. (More to be added at a later date)


Investigator's Notes:   This investigator's findings are still a mystery in the fact that the Sasquatch Genome Project does not normally investigate paranormal cases. However this investigator has personal experience with the unexplained and supernatural events. This property is undeniable evidence of the unexplained supernatural activity that also includes Sasquatch presence. Below are pics and link to the Board Camp Crystal Mine for the reader to make up his/her mind of what is really going on at this location. 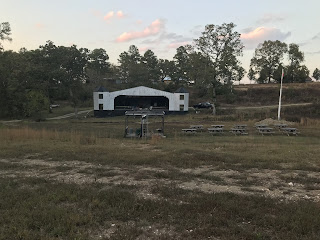 Known as the stage where alot of paranormal events are witnessed 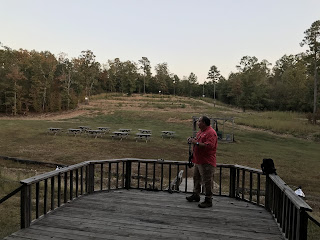 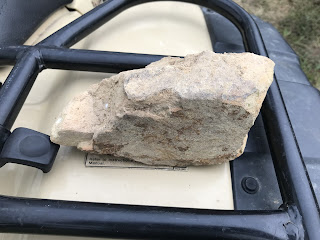 Posted by honobiaoklachito at 8:14 AM

The Honobia Bigfoot Conference and Festival 2017 Just Keeps Getting Bigger and Better!

2017 another year to beat as one would say. WOW, can not say it enough WOW, well the organizers of the Honobia Bigfoot Conference and Festival should be very proud of a fabulous event. No exact totals but well over 5,000 in attendance, the conference alone was wall to wall people. Starting out on Friday morning was a shock that just about all the chairs in the conference hall were full, Saturday the conference organizer had to call for more chairs.

The vendors were packed with people and the food vendors had their hands full. Helicopter rides were on Saturday with hour long wait, unbelievable! The Choctaw Bigfoot 5K was another big hit, more than 600+ registered. Storytelling drew more than 250 people each night and proved again to be another great aspect of the conference atmosphere. People came from all over the US and abroad to attend. Additional conference and festival information will be updated as it comes available. 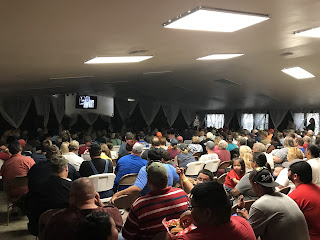 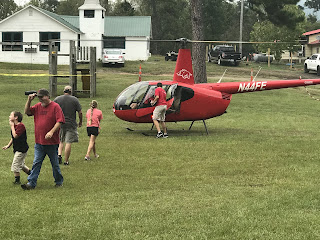 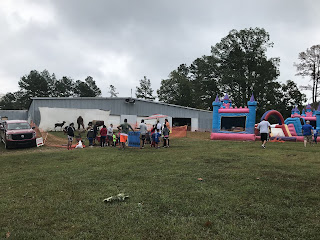 Kids Zone at the Festival 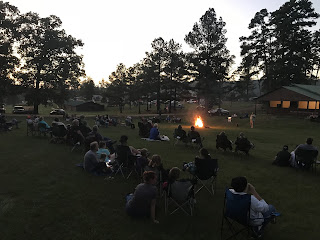 Storytelling just getting Started at Sundown 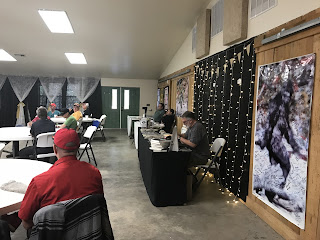 Conference Speakers at their tables 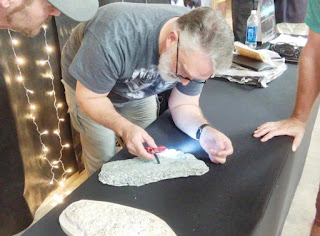 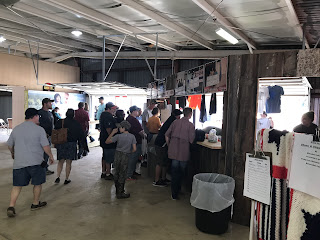 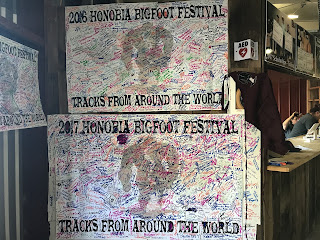 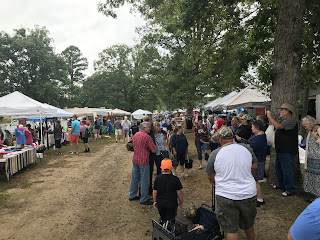 The Vendors on the Midway
Posted by honobiaoklachito at 12:04 PM