This particular White Paper is not in any form a professional answer to any or all the questions about Bigfoot, or as some people have heard me refer to them as a "Type of People", but truly are they a type of "people", some scientific research projects can trace certain aspects of DNA from suspected Bigfoot evidence that they have a connection to our DNA. This White Paper is not going to hold any scientific evidence as so called "truth" to their identity. The purpose of this White Paper is to ask the questions that very few want to ask and attempt to point the reader to his/her own conclusion. This investigator learned early on in his career that everyone has their own definition to who and what the Bigfoot really are. But is any of them correct? Maybe, maybe not! The whole reason most people get into this field or hobby is to prove they exist and to identify who and what they are. Some people get into this because they saw something in the woods or on the side of the road. Curiosity is what humans have that gets them into trouble most of the time. Why does it drives us crazy to get others to believe what we know, why is it our passion to get others to believe that Bigfoot exist? Some really do not care, but why do some people get so angry that some do not believe and some do nothing more than laugh and ridicule our belief's?

Flesh and Blood or Angelic Spirits?
Answer: It may never really be determined who or what they are. However in recent posts we discussed the Sasquatch Genome Project, like it or not, Dr. Ketchum has the scientific proof of their existence. You can read website after website, Facebook page after page, article after article, and listen to radio show after radio show. The argument is the same, some people believe they are ancient spirits from the days of Noah and some people believe they are nothing more than flesh and blood of a great ape. Either way they are seen by people throughout North America and from around the world everyday of the year. Hairy giants can be found in the Bible, is that the Bigfoot they are talking about or is it something else? You will find 50/50 people saying yes and no. Some scientist believe that they are descendants of the great ape Gigantopithecus. One particular incident that occurred way back in the early 2000s in SE Oklahoma resulted in unique opportunity for Bigfoot researchers to observe some interesting behavior of the Sasquatch in that area. There was family that was homestead just outside the community of Honobia, Oklahoma. Most residents within the Kiamichi Mountains of SE Oklahoma hunt year around for their survival during the harsh winter months. This particular year was specially brutal, this particular family had been experiencing theft of deer meat. The father of the family came to realization it was not humans, it was the resident Sasquatch that live in the area. Fact: Sometimes Sasquatch will steal food if it is easy available without any effort of the hunt. Specially if the Sasquatch have a family to feed just as we do.

Bigfoot researchers were called into help with this problem. One night a Sasquatch came to grocery shop from the families deer meat collection. Finding that the meat was not available for the pickings the Sasquatch decided to show their displeasure. The father was ready with large caliber rifle, this was a dark and rather moonless night. Father shot at the Sasquatch, a scream was heard and lot of noise came off the mountain top. Here is the link to the report filled by the research organization.
http://www.bfro.net/avevid/ouachita/siege-at-honobia.asp

One of our investigators was with this organization for a number of years, he is very well known throughout the Honobia Valley region. Our investigator re-opened the Honobia Siege case back in 2006. He talked with numerous residents and even the truck driver that had the sighting many hours later. It was learned that there was evidence that the Sasquatch attempted to render aid to the injured Sasquatch. After the shooting a examination of the area to which the Sasquatch departed and clumps of a sticky wax balls were found with blood and hair. (This is what was told by some of the residents that were privy to inside information) This technique is taught in some survival schools as a form of antiseptic. It comes from rolling pine sap or cedar sap for medicinal purposes.  http://prepforshtf.com/survival-uses-for-pine-resin/

Some of the residents that come from a tribal background often explain that their grandfather's said that the Sasquatch often traded with the Bigfoot for food and how to gain medicine knowledge. (Note: these are tribal stories) If this is so, this evidence of the Sasquatch using traditional plants and tree sap as medicinal treatment indicates the knowledge of survival medicine the same as we have for more than 2,000 years. I know some can well argue the fact that this is all made up to sensationalize the story. However to this day, some of the Honobia residents that have inside knowledge of the incident and were eyewitness to majority of the incident stand by their words on what happened that night.

Reason why this story is being brought up is it gives evidence that the Sasquatch are a type of creature, spirit, people-like, or whatever they are have survival skills, they respond to their fallen, unlike other animals will run when one of them scream and a shot is heard. Not this night, it is said that night of the shooting had a very profound "something in the air" the screams heard from the tops of the mountains and the uneasy way everyone's dogs and animals behaved, just as if something bad had happen some where in the valley.

Our investigator had also had a discussion with a former Honobia resident (He has since past) one night back in early part of 2007. They both were talking and the resident asked our investigator if he knew about the shooting back in 2000. He said "yes I do". The resident pointed towards a ridge south of Honobia and said "you see that ridge, beyond that ridge is where they buried that one that night". The investigator said "you mean to the west of the highway south of here". The resident went on to say "Yes you know where I am talking about, that was what the trucker saw the one carried the other across the road and up into those mountains" The investigator had talked with the truck driver back in 2006. The resident also indicated that the day after and few days following the shooting there was a lot of moaning, singing, and screams that no one in the valley had every heard before. It is said, they (Sasquatch) mourn after their dead just the same as we do.

Jumping forward to 2015, just after the first of the year our investigator has had numerous conversations with yet another tribal elder that grew up in western Arizona and lived on the Navajo Tribal reservation. He told stories that the way they perceive the Bigfoot as that they are shapeshifters something that can change shape and form of another animal. I won't go into great detail about what a shapeshifter is, you can read more here.
http://www.native-languages.org/shape-shifters.htm

This elder also said he had heard as a child that not all the Sasquatch are the same, some of good, he said he even heard that some Sasquatch are even here to help mankind and to be a watchman over us. There has been many legends of who and what the Sasquatch are, mainly within tribal stories where legends and myths are often describe. Either way the point is that there are some that are bad and some are good. Kinda just like the human race!

Conclusion: Neither science or the human mind will ever figure out who or what exactly the Sasquatch are or are not, in our opinion. One thing is clear however, they have children, walk on two legs, they have a type of language, they apparently care or render aid similar as we do, and it is said they mourn for their dead similar to how we do. What doe's that describe to you? I know some reading this will say "great story, but all made up". You can believe or not believe, but there is a small little community in SE Oklahoma that has lived with the knowledge of the "Tall People" that night of the Honobia Seige for more than 15 years. You will not tell them they do not exist, because they live just on the other side of the mountain where the truth lays. 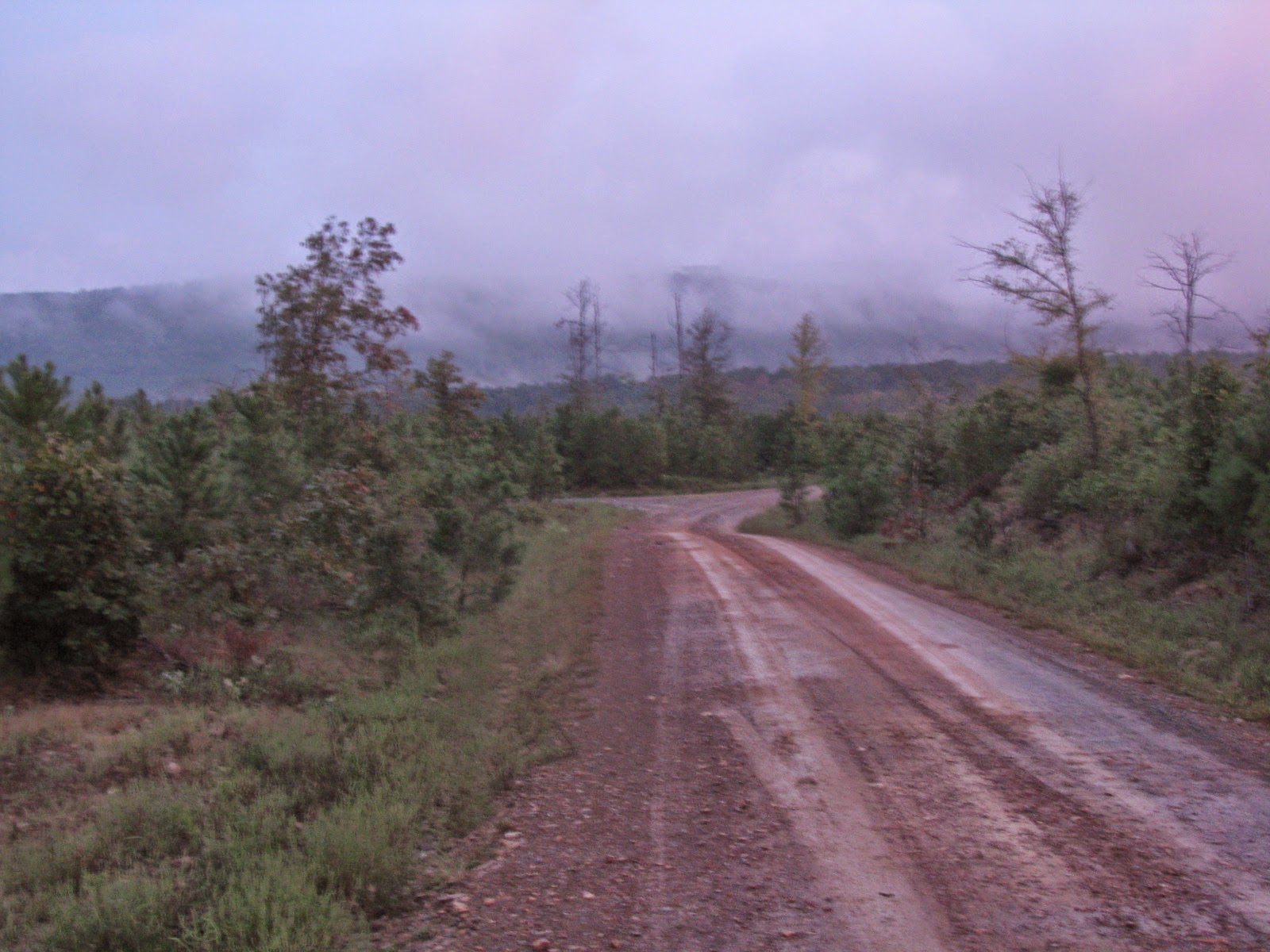 
Posted by honobiaoklachito at 6:03 AM